Greater Muskegon Economic Development (GMED) and Lakeshore Advantage, in partnership with Muskegon County, are pleased to announce the Michigan Strategic Fund (MSF) has voted to support a major West Michigan water infrastructure expansion project. The MSF board voted today to allocate $60 million to connect users of the Coopersville Wastewater Treatment Plant in northern Ottawa County to the Muskegon County Wastewater Management System, paving the way for several of the region’s leading food processing companies to increase production and grow their operations in West Michigan.  The project now moves to the Michigan Senate and Michigan House of Representatives Appropriations Committees for final approval.

If the project receives approval from the state legislature, the connection will come via a 30- inch force main wastewater line that will extend nearly 20 miles between the two facilities, allowing food producers to take advantage of unused capacity at the Muskegon County wastewater facility. Dairy producers fairlife, Applegate Dairy and Continental Dairy, as well as Swanson Pickle Company and DeVries Meats will connect to the new line once construction is complete. Total private investment from these companies is estimated at $187 million, and the project is expected to create 145 new jobs over the next 3-5 years. Construction on the pipeline is tentatively scheduled to begin in the fall of 2023 and take approximately two-and-a-half years to complete.

“fairlife has been a proud part of the West Michigan community for more than a decade, and the teamwork and commitment to bettering the community demonstrated in this project is a testament to the continued opportunity here for all of us,” said Tim Doelman, CEO, fairlife LLC. 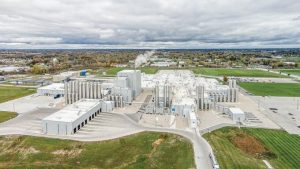 “This critical project will help fuel the next decade of growth for our employees who live and work here, our farm partners and our community as a whole.”   Katie Hensley of Swanson Pickle Company said the line will streamline the company’s growth strategy. “This new wastewater infrastructure would immediately allow us to handle our current waste more efficiently, reducing trucks on the road. It will also allow us to expand our current site right here in the eastern part of Muskegon County rather than expanding to a new location,” she said. These five food processors are not the only businesses that will benefit from their continued growth. Collectively, they represent a network of nearly 900 Michigan-based food/agricultural industry suppliers, and the three dairies involved purchase and process milk from 32 counties across Michigan.

The “Southeast Regional Force Main” concept was originally introduced almost fourteen years ago, and its construction represents one of the region’s largest and most important collaborative efforts. “This expansive transformational rural infrastructure project cements our region’s continuing leadership in the food processing and agriculture sectors,” said Jennifer Owens, President of Lakeshore Advantage. “This project is a huge win for all five of the communities involved, securing great paying jobs for years to come and opening up opportunities for future growth.” Area legislators were strong proponents of the Southeast Regional Force Main project as well. Senators Jon Bumstead and Roger 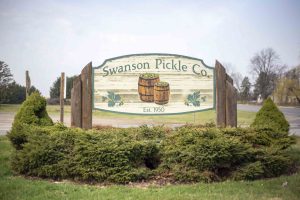 Victory, and Representatives Luke Meerman, Terry Sabo and Greg VanWorkoem advocated in favor of expanding regional wastewater capacity and assisted with convening local units of government. Their combined efforts ultimately led to the State of Michigan’s offer to fund the project via its Strategic Outreach and Attraction Reserve. “Working with our partners to ensure Michigan has the updated infrastructure and sites necessary to meet the needs of industries like food processing and related agribusinesses allows us to build a strong moat around our Michigan businesses, and attract new investments to the state,” added Quentin L. Messer, Jr., CEO of MEDC and President and Chair of the MSF Board. “We appreciate the hard work of Team Michigan, including our partners in the legislature, the Whitmer-Gilchrist administration and Lakeshore Advantage to bring this long-needed project to fruition and put businesses and residents in Ottawa and Muskegon Counties on an even stronger path for future economic growth.”

GMED Director of Business Development Morgan Carrol said she is grateful for the impact the pipeline will have on the region. “Our two economic development organizations have been working together for over a year, securing our tight regional relationship and shared goal to build a better West Michigan for the expansion of the agribusiness sector.” Muskegon County Administrator Mark Eisenbarth emphasized the ripple effect that a project like this has statewide. “This wastewater infrastructure project is a catalyst for companies to expand and will create a ripple effect in the agricultural industry throughout the state. In addition, by attracting new business to the area we will see an increase in the vitality of the communities where these businesses are located, and where their employees reside.”

Expand or relocate your business here.

Our experienced team is ready and able to help!
Contact Us