Greater Muskegon Economic Development (GMED) is pleased to announce that Marla Schneider will join the organization as President/CEO beginning June 1, 2022. She will take the reins from Jim Edmonson, who was hired in 2019 to help implement a three-year transition plan for the organization. 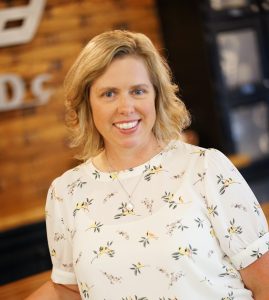 GMED Board Chair Tom Zant said the search committee was impressed with Schneider’s marketing skills and background in community engagement. “We could see right away that Marla has a vision for expanding GMED’s visibility in the community. That’s an important next step for us after focusing on reorganization the last couple of years. We’re also confident in her ability to develop a long-term strategic plan for the continued success and expansion of Muskegon County’s businesses.”

Schneider has a B.S. in Information Technology with an emphasis in web, media and human performance from Rochester Institute of Technology. She was also named a Fort Wayne Business Weekly Magazine “Forty Under 40” winner in 2014.

Expand or relocate your business here.

Our experienced team is ready and able to help!
Contact Us